Turmeric is best known as the most powerful natural antibiotic that has ever existed. People from around the globe keep referring to it as the ‘nature’s most precious gift’. And yet it seems that in the western society the famed herb started to gain popularity only relatively recently.

In short, it’s ginger’s older sister and its main qualities go well past just adding color and flavor to your favorite meals. It is a healing food of medicinal value thanks to its main compound – curcumin. The latter has long been under a watchful eye of the researchers for having undeniable anti-inflammatory and antioxidant benefits.

And when you pair turmeric with milk you enhance its healing qualities and get yourself a delicious cocktail loaded with immunity-enhancing qualities. The ‘golden drink’, as it’s sometimes called, is traditional for many cultures, especially India where it’s been used for over 5,000 years for treating ailments and strengthening overall health. 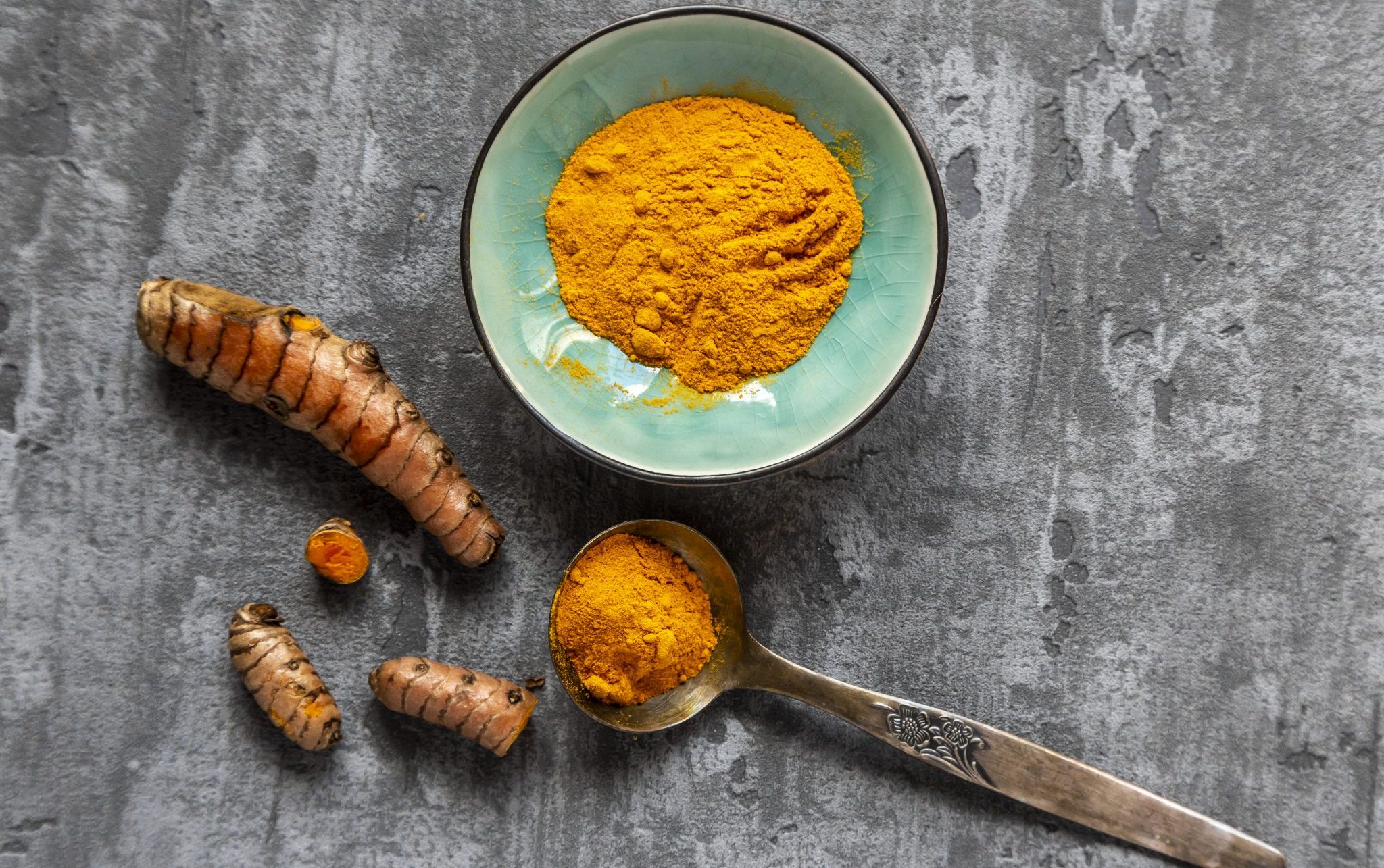 A strong immune system is our biggest insurance against infections and viruses. This precious drink is great for reinforcing overall immunity against a variety of illnesses. Because of its high antioxidant, anti-inflammatory and anti-viral properties it comes in especially useful when the flu season unfolds. When it happens get used to having turmeric milk right before bed or first thing in the morning.

If you work in an open space with a bunch of people or otherwise closely interact with others on a daily basis, you can use it as an armor against air-borne diseases. Adopt the same mindset if regularly commute to work. Of course, let’s not leave children—who regularly bring home germs—out of the picture. It’s best to start them young on a healthy lifestyle.

Also, the healthful herb and milk alongside other ingredients may benefit heart function and lower the risk of heart disease. They can also generally lower blood sugar levels as well as improve blood sugar control. The powerful qualities of this drink can even fight out cancer cells (see point 7).

2. Cure for cold (long before it starts)

The ‘golden drink’ effectively deals with the first symptoms of a common cold. When the early signs like running nose, sore throat and fever reveal themselves, try this drink before you reach for aspirin. It's not a novelty approach—people have been drinking it for a long time now. In fact, it’s been so long that it has become a traditional remedy for a cough and cold, as well as other infections of the upper respiratory tract.

Turmeric boosts the production of mucus which naturally flushes out harmful bacteria that have already invaded our microbial flora. Its broad-spectrum antimicrobial properties help us conquer infections. At the same time, the already mentioned anti-inflammatory properties help significantly alleviate the symptoms. If you have noticed the slightest red flags pointing in the direction of cold town, get a hold of your favorite mug and fill it up. Drink this golden treat before falling asleep and, hopefully, your symptoms will be long gone by the morning.

Everybody knows the sleep boosting qualities of warm milk before bed. It increases the levels of the hormone called serotonin in the brain and can serve as a perfect cure for insomnia. Moo juice also contains the amino acid called tryptophan which plays the role of an additional serotonin booster. Its levels are too low in milk alone because it can’t stand out amidst other amino acids contained there. Turmeric, however, has the power to turn this fact around. When mixed with dairy it absorbs its amino acids, besides tryptophan, into body tissues. This way the latter becomes completely available for the production of serotonin helping you get to the Land of Nod faster.

Many ancient spices are fit for promoting gut health and aiding various digestive tract problems. The same goes for turmeric—it is impressive at tackling indigestion, bloating, heartburn, constipation or diarrhea. Frankly, that is the reason why it is so widely regarded as an important culinary spice. If your body type made you the person that seems to never feel hunger, try a cup of the ‘golden drink’ once a day to promote appetite. And again, talking about children and not just them, a turmeric drink comes in handy when you’re trying to win your battle in your fight against intestinal parasites.

Talking about liver—it is a key player that partakes in a great number of vital processes inside our body: it filters blood, neutralizes toxins and harmful chemicals, synthesizes hormones and turns food to energy. It also aids digestion and proper functioning of the immune system. The famed herb works as a detoxifier and can even dial down the toxic impact of certain injuries to liver tissue. Therefore, it can help prevent liver cirrhosis.

Autoimmune diseases happen when the proper function of the immune system gets out of hand. Our very own immunity sends its troops against the perfectly healthy cells and tissues when it’s supposed to guard us against foreign agents and uninvited viruses and bacteria. The reason why it happens is still unknown to the science. Even the symptoms of such illnesses may come and go as they please. Often doctors find themselves at a loss and start simply observing such conditions or suppress the symptoms, since there’s always a high chance they will be gone for good and for no reason whatsoever. There are at least 80 different types of such diseases with most common being sarcoidosis, multiple sclerosis, psoriasis and other.

This health promoting drink might not be an immediate cure, but it can become a real helper, especially when it comes to skin and joints conditions or problems with digestion. ‘Golden milk’ is a sure way to positively impact our immune system and boost its illness-busting qualities.

6. Relief from the headache

If you suffer from splitting headaches, especially the ones provoked by stress, a cup of this warm drink may be just enough for an effective pain relief. Turmeric is well-known for possessing blood thinning qualities which naturally improves blood circulation. So, if headaches won’t leave you alone, you will be much better off drinking ‘golden milk’ regularly.

Following meticulous research, using turmeric during conventional chemo treatment has already shown promising results. Its active component curcumin has proven to greatly assist in killing cancer cells and preventing their spread to other areas in lab studies. Anti-cancer properties of the ‘golden milk’ may help halt the growth of tumors and stop cancer cells from spreading further.

How to prepare turmeric milk with honey and 4 secret ingredients

Turmeric mixed with hot water can be perfectly consumed as a stand-alone drink. However, it’s famous for being unappetizing and that’s where other ingredients blend in. The whole thing might have even started out as a trick to get your kids to eat the said herb at any cost. But be as it may, all the ingredients in this drink effectively complement each other thus presenting an ultimate anti-inflammatory mix.

It’s best to use full-fat organic milk to prepare this drink since it helps with the absorption of all active ingredients in the health-boosting herb. Leave any refined sugars out of it and use honey as a natural sweetener instead. And in order to unveil the intrigue I’d recommend you add these four ingredients to enhance the healing qualities of other constituents:

It’s very beneficial for your health when added in moderation. Butter is high in A, E and K2 vitamins and healthy fats.

Not only does it help to absorb curcumin much faster and better, but it also aids digestion and can boast impressive anti-inflammatory qualities.

It adds a little something to the flavor, sure. But I wouldn’t recommend you adding it if it were the only reason. Cinnamon is packed with antioxidants and is so powerful it can help the body fight off infections and repair tissues.

Recipe of warm milk and turmeric

Heat the milk stirring it every 10 seconds in a small saucepan or a pot. As it gets warmer add in turmeric, honey and a sprinkle of baking soda. Bring your pot to boil and add butter. Allow the ingredients skimmer for about 5 minutes. Carefully pour the milk through a strainer—to get rid of its skin—and into your cup. Top your drink with sweet-scented cinnamon and a pinch of black pepper.  You can drink it when it’s warm or while it’s still hot. You can also stock up on this almost magic drink and make some extra. Keep it in the fridge for five days tops. Just reheat it on your stove and it’s good to go.

Verv: Home Workout Planner
Get an all-embracing solution for your health and well-being with just one app
#Diet#Digestion#Recovery
Written by Volha Zaitsava
Volha is a writer and Wellness Editor at Verv. She is a big believer that the only healthy way to approach fitness and nutrition is through self-care and...
View all articles