Has anyone ever suggested to you to count sheep to get some sleep? Given how common an advice it is for insomniacs of all ages in many cultures worldwide, I bet someone has and you wholeheartedly tried it at least once. But were you convinced that this method actually works?

The Meaning of Counting Sheep

The theory goes that if you imagine a never-ending row of sheep jumping over the fence one by one, this visualization alone lulls you so much that you inevitable doze off. Add such a boring mental exercise as counting these white fluffy animals and you reach the dreamland in no time.

The origin of this sheep counting technique goes a long way back to as early as before the twelfth century. It is thought to be used in the rural Islamic cultures long before the Westerners started adapting it.

The first account of this imagery in the Western world is thought to be the XII century Spanish book of fables and tales titled “Disciplina Clericalis” by Petrus Alphonsi. In 1605 the depiction of sheep was changed to goats in the famous work "Don Quixote" by Miguel de Cervantes. And the first known written reference of counting sheep to fall asleep is traced back to “Illustrations of Political Economy” by Harriet Martineau, 1832. 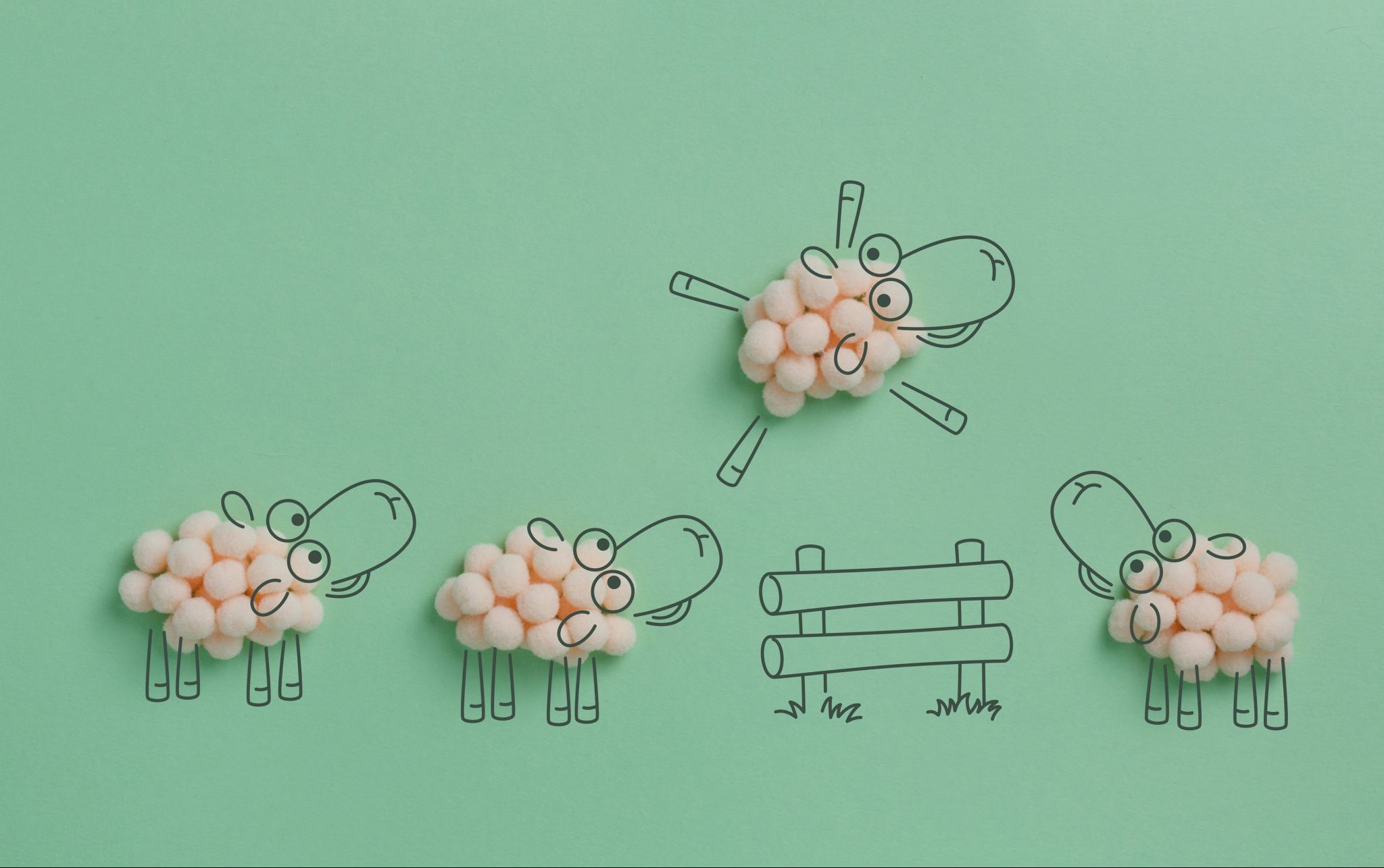 The results of the 2002 research, conducted by Allison G. Harvey and Suzanna Payne at the Department of Experimental Psychology, University of Oxford, answered this curious question, but not in the way you'd expect.

In this experiment, published in the Behaviour Research and Therapy journal, the 41 participants suffering from insomnia were divided into three groups. One group was told to envision a tranquil image such the sea shore; the second group was told to preoccupy themselves with counting sheep; the third group was not given any instructions whatsoever.

The results showed that the group who were instructed to imagine a soothing scenario fell asleep up to 20 minutes faster than the group that were busy counting sheep. Researchers guessed that the sheep counting exercise is too boring a task to be engaged in for too long. Alternatively, picturing a calming landscape is more relaxing and captivating.

The researchers also suggest that counting sheep doesn't offer enough of a distraction to pull the insomniacs away from their usual worries. The more detailed is the image they think about before dozing off, the quicker and easier they relax and retire for the night.

How to Fall Asleep Faster?

Verv: Home Workout Planner
Get an all-embracing solution for your health and well-being with just one app
#Mindset#Relaxation#Sleep
Written by Audra Bajori
Audra is a writer, an ethical vegan, a compulsive self-experimenter and health-hacker, who plans on living for at least 100 years. She's also a cinephile,...
View all articles