Many people continue to be skeptical about frozen fruits and vegetables thinking they lack in vital nutrients which makes them no better than fast food. Luckily for us, it couldn’t be farther from the truth, and I will tell you why.

First, let me say that food preservation is hardly new to us. Evidence has it that ice cellars were used to store food in China as early as 1,000 BC, and you could easily find them in any household. Normally these types of structures were used for storing perishable foods during summer. In early spring, a deep hole was filled with ice and covered with straw. Later meat, fish, drinks and other foodstuffs were placed on top of it all, the cellar was then boarded up.

And then refrigeration came into the picture, rapidly becoming one of the most groundbreaking innovations of the 20th century. It made healthy eating more convenient and, not to mention, more affordable, too. Flash freezing made it possible to obtain frozen vegetables of a fundamentally different quality, keeping their taste and properties almost unchanged. When stored this way, the process of destruction of the vast majority of vital compounds stops, which makes it easier to store products and transport them over long distances.

So, let me explain why frozen vegetables are not worse and, in some cases, even better than their fresh alternatives. 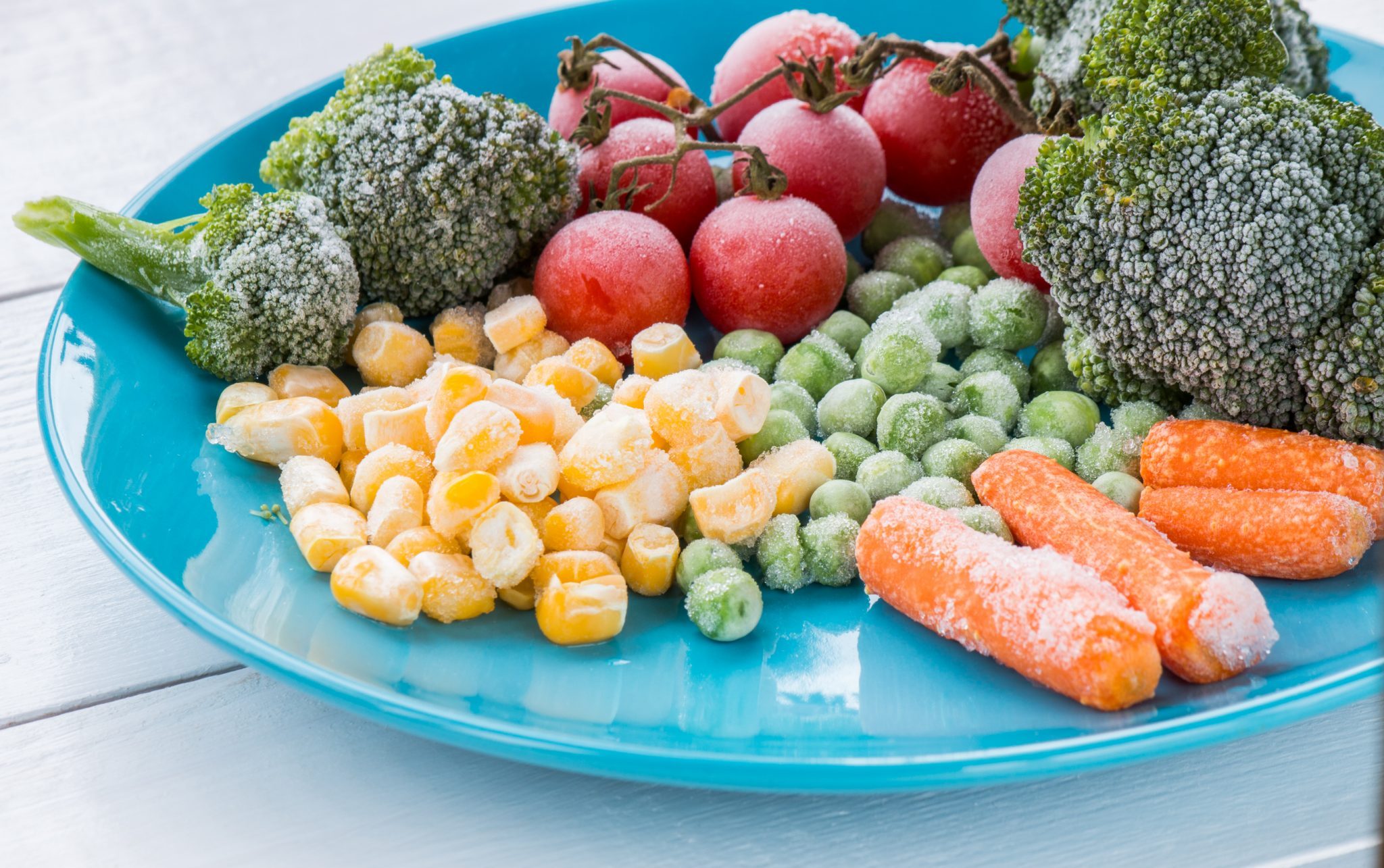 Shipment from the original site to the  point of sale can take days, if not weeks, that’s why fresh vegetables are cut long before they are ripe and ready, so they have no choice but to ripen while they are being transported (and often they fail at it). Vegetables destined to be flash frozen are picked at their peak ripeness, i.e. when they are most nutrient-packed. It may sound strange, but the main benefit of frozen vegetables is their high quality. You see, some fresh vegetables that are sold in the supermarket are far from fresh.

The amount of vitamins and minerals in unripe or overripe veggies is up to 75% lower than in ripe ones.

Freezing is performed at the moment when the product is 100% ripe, that is, it contains the maximum quantity of essential nutrients.

Here’s an example. Active members of the Austrian Consumer Society conducted an interesting study. By comparing the nutritional value of fresh and frozen vegetables brought from Spain, Italy, Turkey and Israel they determined that the vitamin content in frozen domestic products was higher than in some imported products! This is not unheard of, mainly because fresh products sold in stores during winter initially contain less nutrients (vitamins, minerals) than local seasonal produce.

2. No (or less) preservatives

Frozen foods do not require any added preservatives. They undergo temperature processing immediately after they are harvested and retain their perfect shape and look. Meanwhile, fresh vegetables, fruits and berries travel to different countries and continents from 3 to 30 days and often transporters don’t have much choice but to treat them with special chemical substances (!) that suppress unpleasant tastes and smells, and sometimes even mold and rot.

Frozen foods contain significantly fewer bacteria that cause food poisoning when compared to fresh foods which normally are not washed at all. Moreover, they pass through the hands of several people before packaging. In this case, cracks and scratches on the produce should be a major reason for concern being a natural habitat of bacteria which survive there even after thorough washing!

Note that even short-term freezing for 24 hours doesn’t kill most parasites, but only slows down the multiplication of microorganisms not reducing the risk of poisoning completely.

“Fresh foods are better than their frozen alternatives in one case only – if you personally pick them right off the trees,” assures Nutritionist Bruce Whiteville.  “Unfortunately, these days, only a lucky few can afford to eat fruits, vegetables and berries that they grow on their own land.” And this is indeed very unfortunate, because very often fresh vegetables lose up to 50% of their useful properties before they get to our table. This way, green peas, for example, lose 77% of their useful properties when they sit on the shelves, and if frozen they save up to 94% of all vitamins. 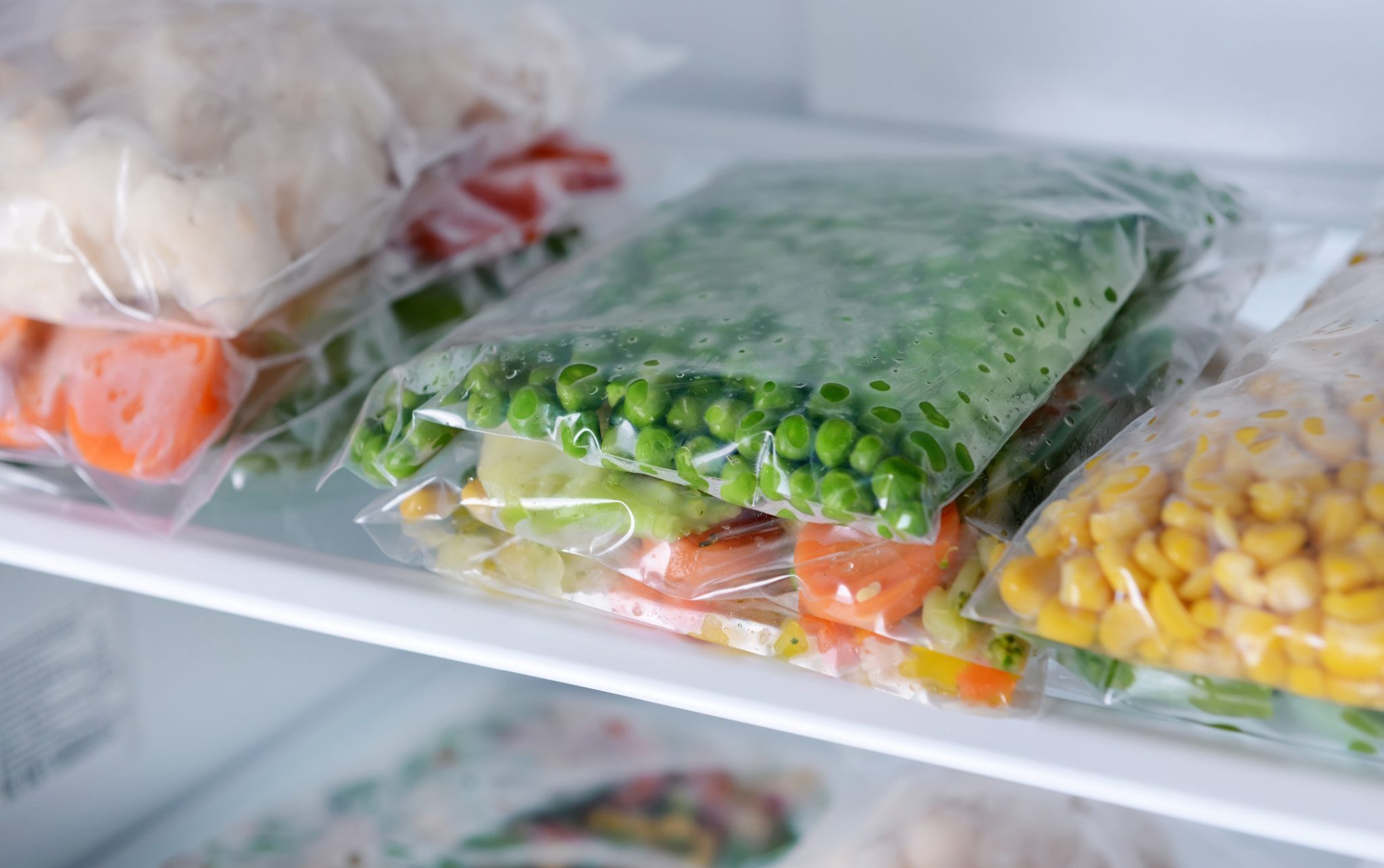 The freshness of fruits and vegetables is usually determined by the concentration of vitamin C. This most important vitamin is also very fragile – a couple of days of storage can significantly reduce the vitamin C content in food. Spinach loses 75% of its initial vitamin C after only two days of storage, asparagus and broccoli lose up to 80%. "The nutrients in fresh fruits and vegetables start to gradually break down a few minutes after these vegetables leave the garden," said Registered Dietitian and Nutritionist Dr. Sarah Schenker. “Often by the time they get to our plates their nutritional value is cut in half”.

Meanwhile, it’s very easy to store and use frozen foods. Fruits, vegetables and berries tend to hold their flavor better in the freezer. Also, on the bright side, freezing usually spares you from losing much of your hard-earned money to prematurely spoiled foods. It transpired that while the vegetables collected from the fields and greenhouses are stored, transported and lie on the shelves, they lose at least half of their nutritional properties. At the same time, the freezing of fruits and vegetables happens shortly after they have been collected. And this is when the concentration of nutrients in fruits and veggies is the highest. And with the help of freezing, these nutrients are almost completely preserved.

On average, it takes tomatoes approximately 7-9 days to get to the retail outlet, and they lie on the shelves for another 4-5 days. During this period green beans waste about 45% of their nutrients, broccoli and cauliflower – 25%, green peas – 15%, carrots – 10%. Vegetables are rapidly losing vitamins (especially vitamin C) and other useful nutrients, such as glucosinolates, which possess antitumor properties.

Surely, the quantity of key vitamins plummets, however this decrease is not critical.  The vitamin which is most sensitive to temperature change is vitamin C. It is a well-known fact that during flash freezing (-30°С or -22°F) vitamin C loses its properties by 15-20%. Canning and preserving don’t have the same effect – this way vegetables and fruits lose up to 50% of their vitamin C, and if they are dried – up to 70%. Indeed, vitamin C, for example, is especially sensitive to a rapid change of temperature (this applies to various types of cabbage, sweet pepper, green peas, etc.). The content of other vitamins is also reduced in frozen vegetables and fruits, but in smaller quantities.

A host of research shows that the peak loss of vitamins C and B can be observed not during the storage of frozen foodstuffs, but during their preparation for freezing: washing, heating at high temperatures, etc.

That said, vitamin A, for instance, is not lost at the stage of preparation, but during storage. The amount of folic acid remains unchanged throughout a year of its frozen storage. So, about 25% of vitamin B1 is lost during freezing. At the same time freezing has practically no effect on the level of vitamin B2 – losses go to make up only 4%. For fat-soluble vitamins, the content of carotene varies slightly when frozen. Even if the vitamin content of frozen broccoli is 10-15% lower than in the fresh product, it is the frequency and the volume of consumption that will play a key role here.

Research conducted by Dr. Barbara Klein from the University of Illinois (USA) found that it’s important to freeze foods within three days after harvesting, so if products are frozen within this time interval at a temperature between -27°C and -40°C (-16.6°F and -40°F), they will lose only about thirty percent of all their vitamins, most of which will break loose during slicing, dicing and chopping.

An unexpected effect of freezing has inadvertently been discovered for blueberries and blackberries. It goes without saying that these products are famous for their high content of powerful antioxidants. Apart from that, it turned out that when frozen these berries grow ice crystals inside of them, thus destroying their fetal tissue making viable antioxidants more accessible for us. So, in this case, freezing actually makes these two berries healthier and more nutritious.

Do not underestimate frozen vegetables and berries! They are good for your health and are comparable to their fresh alternatives! In addition, make sure you defrost your foods properly and also purchase a thermal bag for their safe transportation.

When it comes to frozen foods, steer clear of the small stores – they might have problems with proper freezing and storage. One final tip: buy large packages – it’s very convenient and a great money saver.

Verv: Home Workout Planner
Get an all-embracing solution for your health and well-being with just one app
#Diet#Food#Vitamins
Written by Andrei Beloveshkin, MD, PhD
Andrei is an MD/PhD, research scientist, Associate Professor and opinion leader. He is the host of numerous health and wellness workshops on nutrition,...
View all articles