Laughing When Nervous, Is This Behavior Normal?!

I come from a long line of people who laugh at funerals. Don’t get me wrong; it’s not that they mean any disrespect or are glad that someone died, it’s simply in the heat of the somber atmosphere, they cannot help but titter and joke (no ill will intended).

In the past, I used to think it was just my family, but as it turns out laughing when nervous is a real phenomenon and it can happen at even the most inappropriate of times and circumstances. And what’s more, it’s a perfectly human reaction. 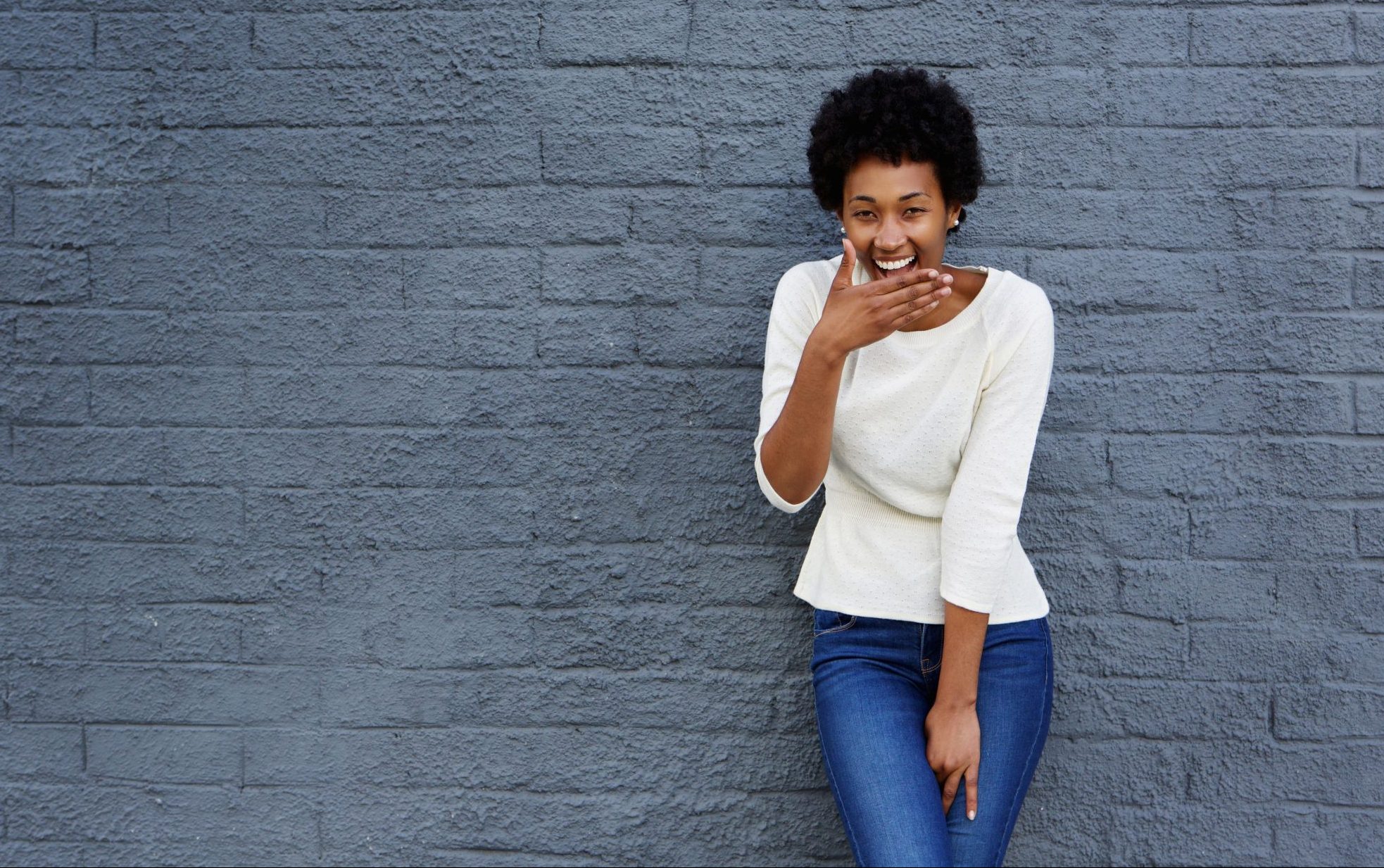 Picture the situation, have you been there?

You’re in a nice restaurant with a new friend or love interest, and the conversation is lulling, you’re trying to think of something so say. It’s awkward; you barely know this person. So, instead of making any sense at all or finding a topic of common interest you…. burst out laughing. We’ve all been there, and you’re not alone. Sometimes not knowing what to say can put us in a stressful situation and so we giggle our way through it.

Standing in a confined area with a bunch of strangers is a tense atmosphere at the best of times. Even if you were having a conversation with a colleague seconds before entering the lift, the moment you’re in that metal box conversation stops and silence incurs. No one speaks, and everyone just stands closely and tries not to make a peep. If you’ve ever been unable to resist the urge to snicker, you’re not alone.

On any ordinary day, you’re a professional. You turn up to meetings, state your point, and show your business acumen. But there’s always one day, one meeting that just gets the better of us. Whether it’s an off comment, an unintended joke, or a simple accident, something will set you off, and it will take all your skill to keep that giggle under your collar.

Unless you’re a performer, I’m not sure anyone truly enjoys giving a speech in front of a large crowd. In many, the desire to perform as a professional simply becomes too much, and that nervous laughing disorder rears its unwanted head. But, don’t despair, it happens to the best of us.

Ever seen a friend fall down and just explode into a giggling fit while rushing over to help or been told of a loved one’s illness, only to be stumped as to what to say and instead end up tittering nervously while they look on appalled? Surprisingly it’s a normal occurrence, and while not exactly the reaction your friend or loved one was hoping for, once you get yourself together, you’ll work it out.

Why do people laugh when they are nervous? 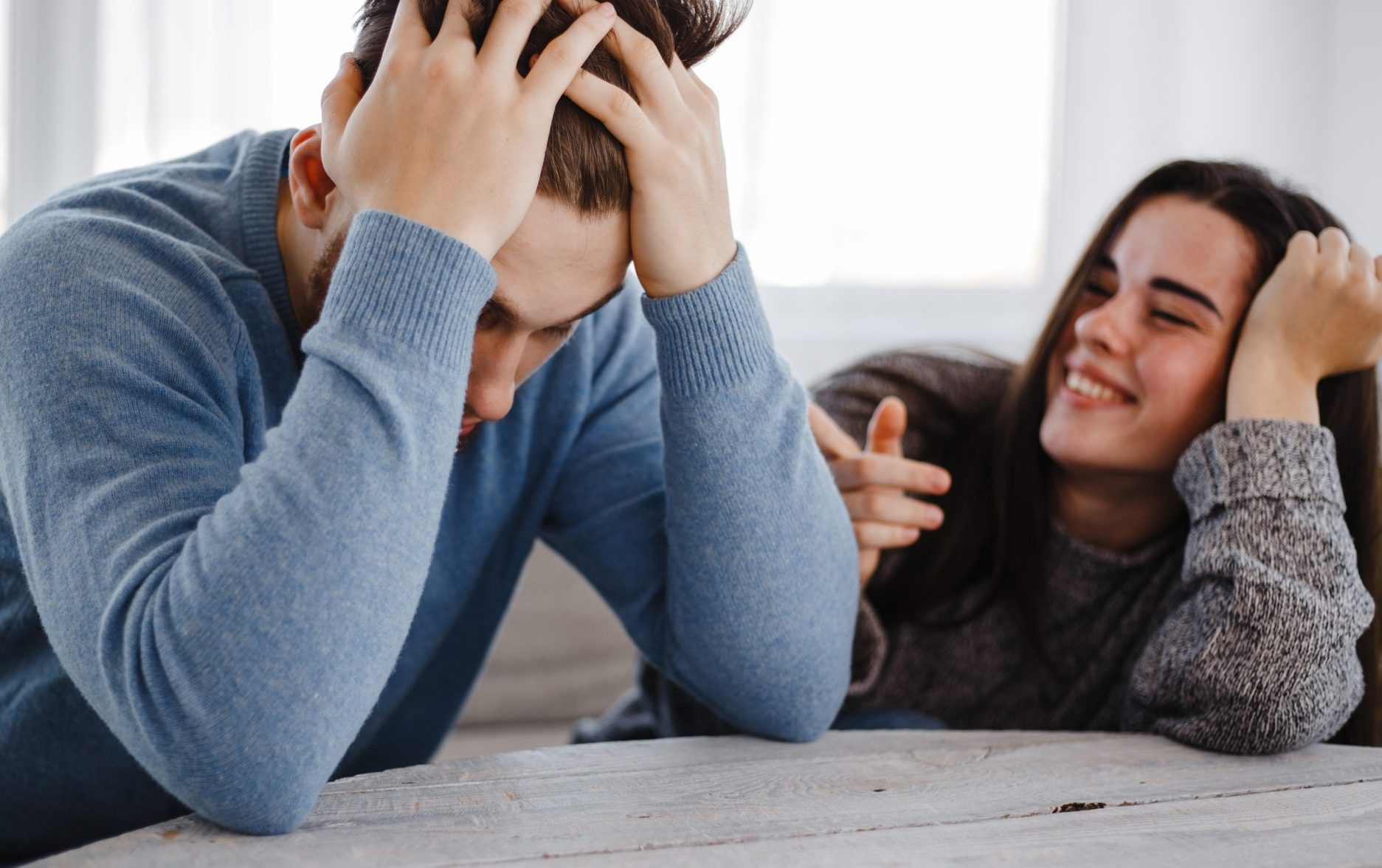 It happens in all sorts of scenarios, but if you’ve ever been unable to hold back the giggles and don’t know why your body seems to be betraying you, especially when something isn’t funny, then you’re probably wondering why.

Although scientists can’t say for certain what makes you break out into a case of the giggles in certain situations but not in others, they suspect that doing so helps to release the built-up tension from your body, allowing it to relax. Similar to laughing at a comedy movie or a joke.

Nervous laughter psychology has some roots in the same chemical effect as regular laughter. When we laugh, our brains trigger endorphin chemicals that flow throughout the body. The exact same substances are also released after exercise or as a response to pain, lessening its effect, reducing stress and making the body feel a little happier.

So, whenever your body is feeling tense, for example, in a situation where it’s not appropriate to laugh or make noise, this involuntary reaction occurs that allows it to discharge stress from your system. And like it or not, this might be pretty healthy for you – pent-up emotions can cause you a whole lot of trouble.

Remember, while a fit of the giggles might be uncomfortable, it’s not the only case where our feelings exert themselves in unusual ways. It’s not uncommon to cry at a wedding, for example.

How to stop nervous laughter 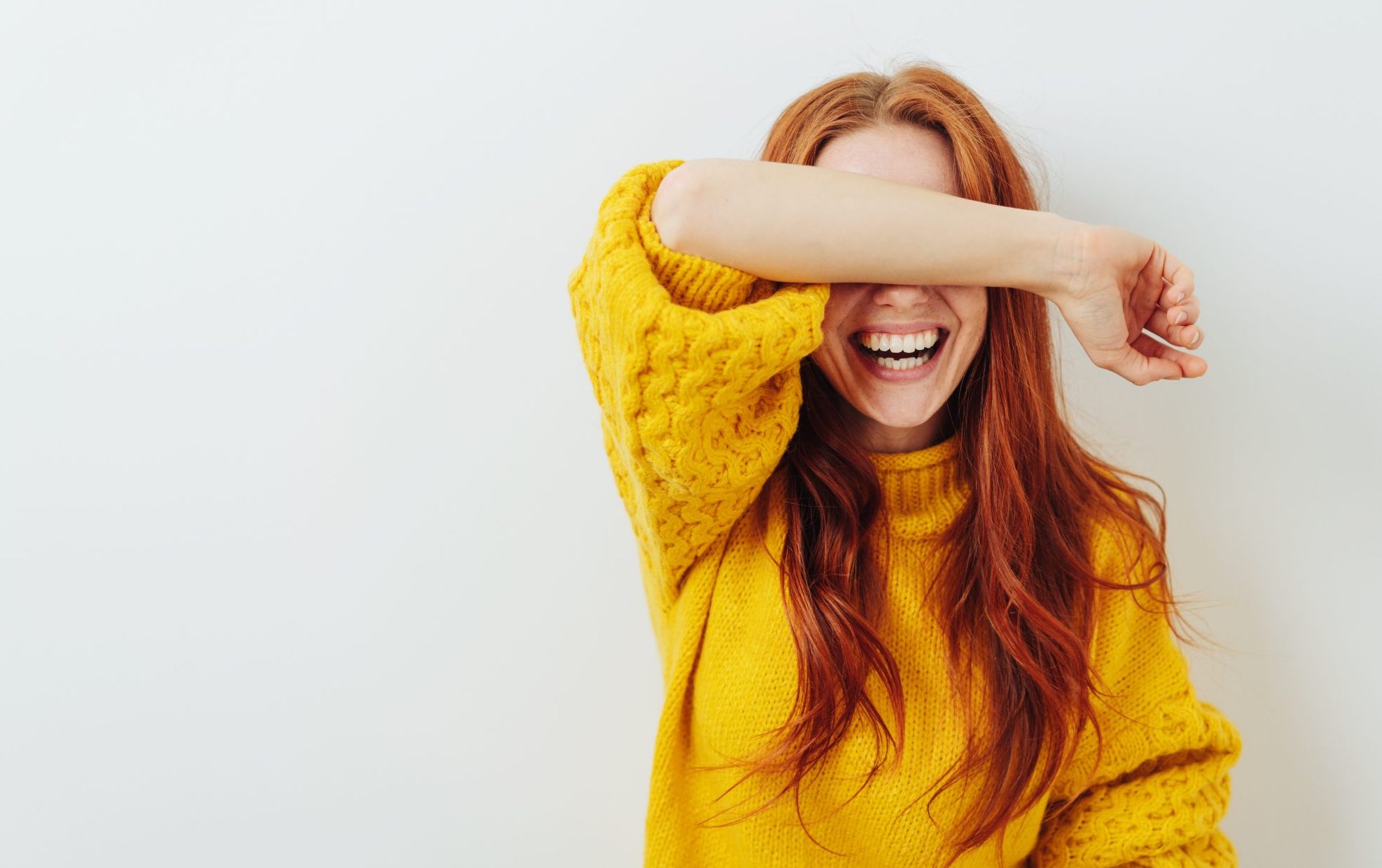 In an ideal world, your emotions wouldn’t get the better of you, but if they do, here are some tips to try out.

Before that cackle erupts in full form, it might be time to excuse yourself, where possible. Go outside, take a bathroom break, and let the laughter out. Now that it’s out of your system, take a deep calming breath in, recollect yourself and get back in there.

That titter is coming out no matter what, so quickly, before you have an outburst, grab a tissue and pretend to rub your nose. Hopefully, no one will notice.

If this is not your first experience, or you just know you’ll laugh, go in prepared. Know your get-out techniques and actions you can take to stem the laughter, or at the very least have a good excuse at hand to leave the room swiftly.

Sometimes practice makes perfect, so if you’re continually experiencing discomfort from inappropriate laughter, it’s time to do something about it. Try some techniques for controlling the subconscious mind, such as breathing, yoga, and mantra that’ll help you put a stop to it before it becomes an issue.

5. Just let that laughter out

We have reactions for a reason, so that’s why sometimes it’s best not to try to stop the giggle fit, but instead just roll with it. Sure, afterward, there may be some apologies due, but as long as it isn’t jeopardizing your job or relationships, a good old laugh might be just what the doctor ordered.

Verv: Home Workout Planner
Get an all-embracing solution for your health and well-being with just one app
#Mindset#Relationship
Written by Maria Isabella Neverovich
Maria is an Irish writer, Health Editor at Verv, lover of forests, mountains and all things nature. She enjoys discovering new vegetarian dishes, creating...
View all articles

Mind
Verv Experts
How to Deal with Difficult People: 10 Tips and Tactics
Verv: Home Workout Planner
Get an all-embracing solution for your health and well-being with just one app
Verv
About Us Careers Contact Us Our experts
Products
Move Mind Sleep All-in-one
Blog
Lifestyle Health Activity Nutrition Mind
Help center
FAQ Privacy Policy Terms & Conditions
© 2023 Verv Inc. All Rights Reserved
By using this website you agree to our Cookies Policy
Access error
Only registered users can rate this website
ok